From Multi-Tasking to Mindfulness: Better Brain and Better Sex Do you want a healthier mind, and better sex life?  Then stop multi-tasking and start becoming more mindful, both in and out of the bedroom.

In our frenetic world, we naturally attempt to fit more and more tasks into shorter periods of time. One would think that given all of the technological devices, literally at our fingertips, we would be able to juggle multiple tasks more efficiently. But this is not the case. In fact, studies have shown that trying to perform more than one specific task at a time, commonly known as “multi-tasking,” leads to more mistakes and more energy utilization. Using functional MRI technology, the brain’s processing ability becomes “overloaded” leading to mental inefficiency.

According to researchers at the University of Michigan, the more complex the task, the more time lost. This is due to the fact that multi-tasking requires interactions between brain regions which perform “executive functions,” known as the prefrontal and parietal cortices. Multiple trials involving subjects switching between solving math problems and classifying geometric objects found that subjects spent more time when they had to switch from one task to another, created more errors, and caused more brain fatigue.

If that’s not enough evidence to halt your multi-tasking, here’s another reason: Multitasking has negative physical effects too, prompting the release of stress hormones cortisol and adrenaline. These hormones, when chronically secreted, can lead to even more health conditions such as diabetes, heart disease and stroke.

Do women multi-task more than men?

As women, our brains were particularly wired to do so. The female brain, in contrast to the male brain, is exposed to high concentrations of estrogen during its initial development, which leads to certain developmental differences.  One of the most important being the bridge connecting the two hemispheres, called the corpus callosum. A woman’s corpus callosum is much wider than a man’s, allowing for faster connections between the two brain hemispheres and better ability to multi-task. From an evolutionary perspective, this may have been highly advantageous. In prehistoric times, it was important for women to be able to handle multiple tasks, such as foraging for berries and avoiding poisonous plants while keeping a close eye on the children. But in today’s world, perhaps we have carried this multi-tasking “skill” a bit too far.

Changing our mindset to being mindful would be incredibly beneficial for our bodies, our brains, and our overall health. Studies using the “mindfulness stress reduction program” developed by Jon Kabat Zinn in 1979 have resulted in a 35 percent reduction in the number of medical conditions and a 40 percent reduction in psychological symptoms. This program incorporates elements of relaxation, meditation and mindfulness, which refers to moment-to-moment non-judgment and awareness.

Multi-tasking versus mindful—in the bedroom. Men have less of a problem with multi-tasking than women, being very focused and linear with their drive. Women, on the other hand, tend to become much more easily distracted and lose focus. Imagine how much more connected you would feel with yourself and your partner if you were actually being “present” during these intimate times, rather than making the shopping list, thinking about school schedules, or changing the color of the ceiling paint.  In order for women to be “turned on,” they need to “turn off” their brain.  Remember this key point.

Begin to be more physically and emotionally present, or mindful, in every task during the day. Stop multi-tasking and you’ll notice much more fulfillment and enjoyment in each individual activity—including  those in the bedroom.


Dr. Diana Hoppe is a board certified OB/GYN practicing in North County San Diego. She is a distinguished international speaker and author of Healthy Sex Drive, Healthy You: What Your Libido Reveals About Your Life. For more information, visit DrDianaHoppe.com and ListenToYourLibido.com. 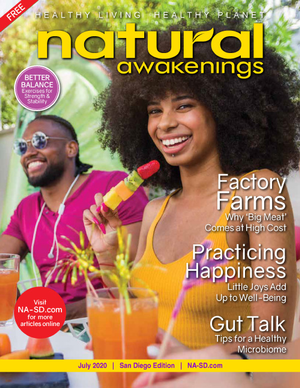