Sadness darkens the world of the 16 percent of Americans diagnosed with clinical depression and the untold millions more that try to cope without a formal diagnosis, according to a University of Colorado study published in Clinical Therapeutics.

Just as daunting, an estimated 30 million Americans take prescription antidepressant drugs for premenstrual discomfort, chronic pain and anxiety, as well as depression, according to Dr. James Gordon, a clinical professor of psychiatry at the Georgetown University School of Medicine. He founded and directs the Center for Mind-Body Medicine, in Washington, D.C., and is the renowned author of Unstuck: Your Guide to the Seven-Stage Journey Out of Depression.

While conventional medicine offers a smorgasbord of antidepressants, many are ineffective or produce harmful side effects. One University of Pennsylvania study published in the Journal of the American Medical Association found scant evidence that they benefit people with mild to moderate depression because the drugs work no better than a placebo in at least 80 percent of cases.

Side effects of traditional antidepressants included nausea, headaches, weight gain, insomnia, sexual dysfunction, agitation, irritability, anxiety and even violent behavior and suicidal thoughts, according to the University of Colorado research involving more than 40,000 patients. It further showed that nearly 70 percent of patients stop taking the prescription drugs within three months, largely because of intolerable reactions.

Some safer and healthier alternatives exist. “We know that depression is more a symptom than a diagnosis,” says Dr. Hyla Cass, author of numerous related books, including Natural Highs. “It’s a sign of imbalance in biochemistry, caused by any number of factors that we can determine and often correct using the right approach.”

Curcumin, the rhizome of the turmeric plant that gives curry powder its distinctive yellow color, addresses both the symptoms of depression and its underlying causes, says Ajay Goel, Ph.D., director of the Baylor Center for Gastrointestinal Research, in the Dallas/Fort Worth area. A recent study by Goel in Phytotherapy Research showed that this natural spice helps generate new, properly functioning brain cells that manufacture mood-elevating neurotransmitters.

Rhodiola rosea, the well-researched root of an Arctic plant, has brought relief even to some of Cass’ severely depressed patients. Cass points to its ability to help balance stress hormones and stimulate production of the feel-good brain chemical serotonin, much like the claims of prescription drugs, but without any known side effects. A new study published in Phytomedicine confirms that rhodiola is at least as effective as the prescription antidepressant Zoloft (sertraline) in fighting major depression.

How to Step Away from Antidepressants
by Hyla Cass
Never stop taking prescription antidepressants cold turkey. Intense depression and other dangerous side effects might result. It can cause severe depression, anxiety, intense agitation and even suicidal thinking.

As suggested in my book, The Addicted Brain and How to Break Free, it’s best to slowly wean off the medication with the help of a qualified prescribing healthcare practitioner. The process may take several months, but it’s time well spent and safer.

• Consistently eat a healthy diet rich in antioxidants, healthy fats and clean protein.
• To help create a firm nutritional base, add a basic supplementation program with a good multivitamin, vitamin C, optimal amounts of B vitamins and omega-3 fats like those found in clean fish oil.
• Consider supplementing with curcumin, rhodiola or 5-HTP to ease the transition.

Cass also recommends 5-HTP (5-hydroxytryptophan), an extract of the seeds of an African shrub that produces the critical serotonin with no negative side effects. A recent Indian study from the Postgraduate Institute of Medical Sciences comparing the effects of 5-HTP and Prozac confirms that “5-HTP definitely has antidepressant effects in patients with depression.”

An integrative approach that emphasizes physical activity and a meditation or other spiritual practice can be highly effective in treating all levels of depression, according to Gordon. “It’s a way to get unstuck, to help us move through and beyond depression and other difficulties in our lives,” he says.

Exercise triggers rises in mood at least equal to those generated by antidepressant prescription drugs, according to new Duke University research published in the Journal of the American Medical Association. People that are depressed often don’t want to move, Gordon comments. “Start with what you can do. Walking a couple of blocks a day is a good beginning.”

He notes, “I teach specific meditation techniques such as slow, deep, soft-belly breathing and mindful walking and eating. All have been shown to decrease levels of anxiety and stress, enhance mood and optimism, and promote greater emotional stability and more reliable judgment.”

Kathleen Barnes is author of numerous natural health books, including Food Is Medicine. Connect at KathleenBarnes.com.

Monsanto’s genetically modified organisms (GMO) go hand-in-hand with the company’s patented Roundup-ready crops, and therein lie the seeds of depression, says Jeffrey Smith, founding executive director of the Institute for Responsible Technology and producer of the award-winning documentary, Genetic Roulette: The Gamble of Our Lives.

Several studies—beginning with one published by German researchers in 1980 and most recently reinforced by Massachusetts Institute of Technology scientists—show that glyphosate, the active ingredient in Roundup weed killer, ingested with our food, disrupts the shikimate pathway. “Monsanto has bragged for years that the shikimate pathway is why Roundup kills plants, but has no impact in humans, since we don’t have the shikimate pathway,” says Smith. But our gut bacteria do use this pathway to produce the amino acid building blocks for mood-lifting brain chemicals.

“Since glyphosate blocks the shikimate pathway, it can impair the ability of intestinal bacteria to produce the ingredients for the production of the neurotransmitters serotonin, melotonin and dopamine. Their deficiencies are linked to depression and other serious health problems,” he explains.

Consumers need to understand that Roundup is sprayed on nearly all GMO crops to control weeds, and the doses continue to increase; it’s further used on wheat, rye, rice, lentils, barley and numerous other non-organic crops just before harvest to accelerate drying. Glyphosate has been widely found in water, rain and air samples, plus in breast milk, blood and urine, meaning virtually everyone has been exposed to this toxic chemical. 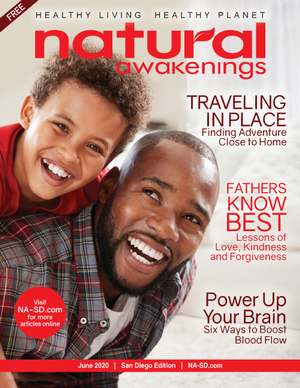